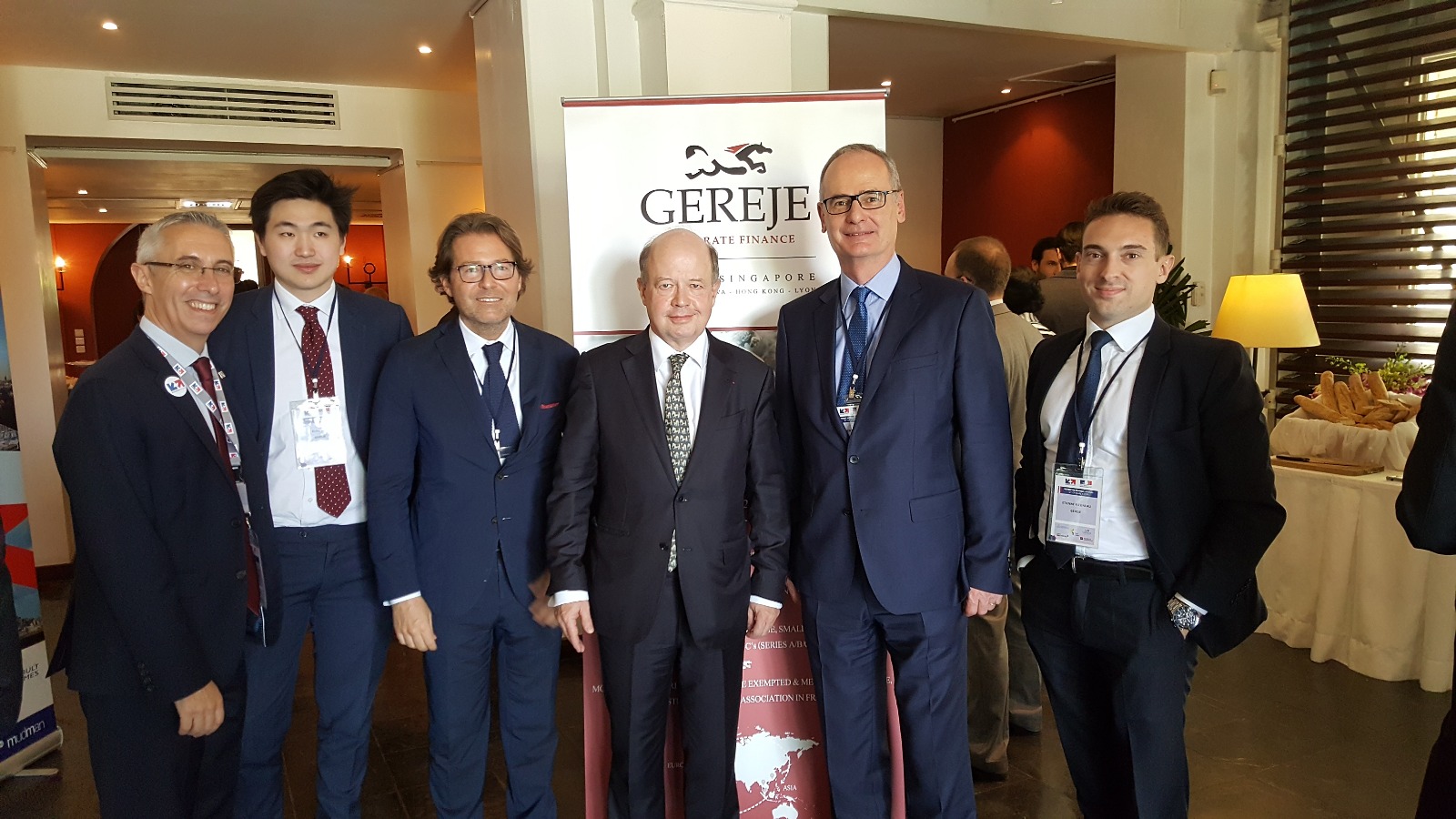 GEREJE Corporate Finance was proud to be platinum sponsor of the 2019 edition of “Invest in France” seminar in Bangkok , alongside Société Générale, Dassault Systèmes, Thai Union and Mudman Group, in front of an audience of over 100 Thai & French executives & entrepreneurs hosted by H.E. Mr. Jacques Lapouge at the prestigious Ambassador’s Residence building offered to France in 1875 by King Chulalongkorn (Rama V) charged with history and symbols.

Fabrice Lombardo, Founder & CEO of GEREJE, underlined that France had remained a favorite destination for foreign investments in Europe due to the quality of its infrastructure. France is the first European country in terms of M&A transactions value with EUR 93 Bn in 2017 (+18% vs. 2015) and 1/3 coming from foreign investors.

Together with Etienne RIEUNEAU & Richard LY, both Vice Presidents, GEREJE also stressed that applying transaction multiples was no substitute to a solid M&A strategy, and that deal structuring was a critical factor of success for foreign investors.” 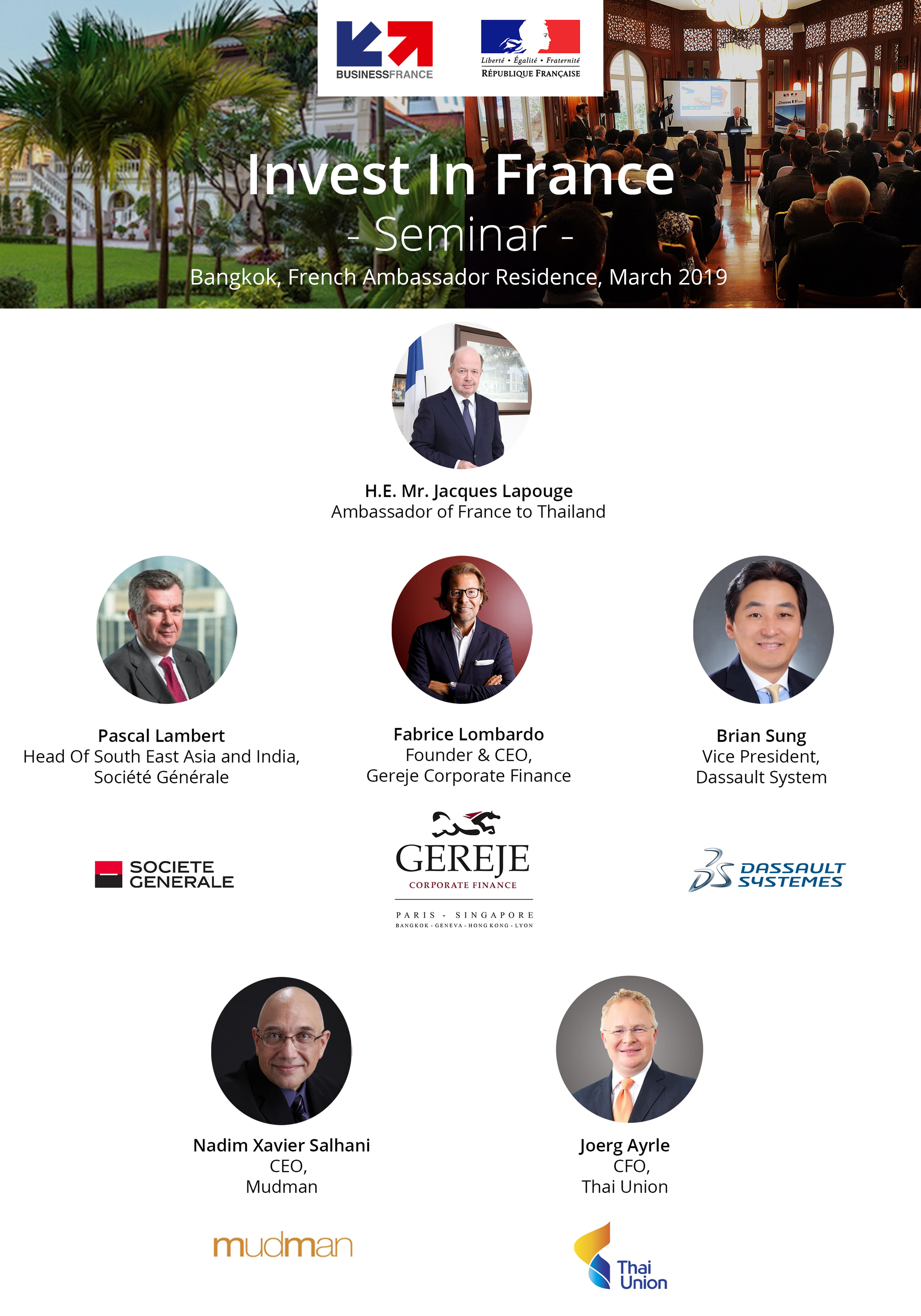 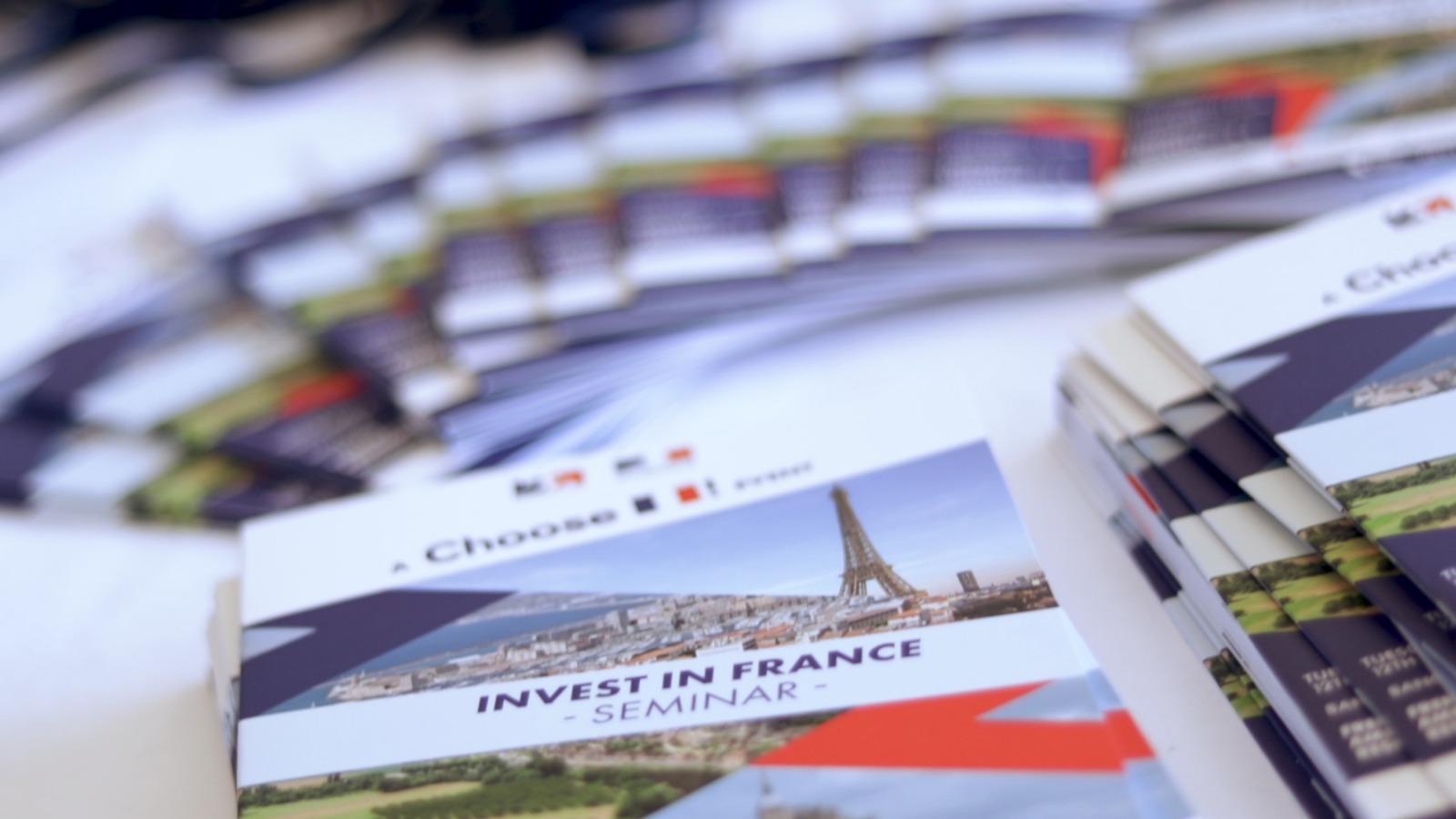 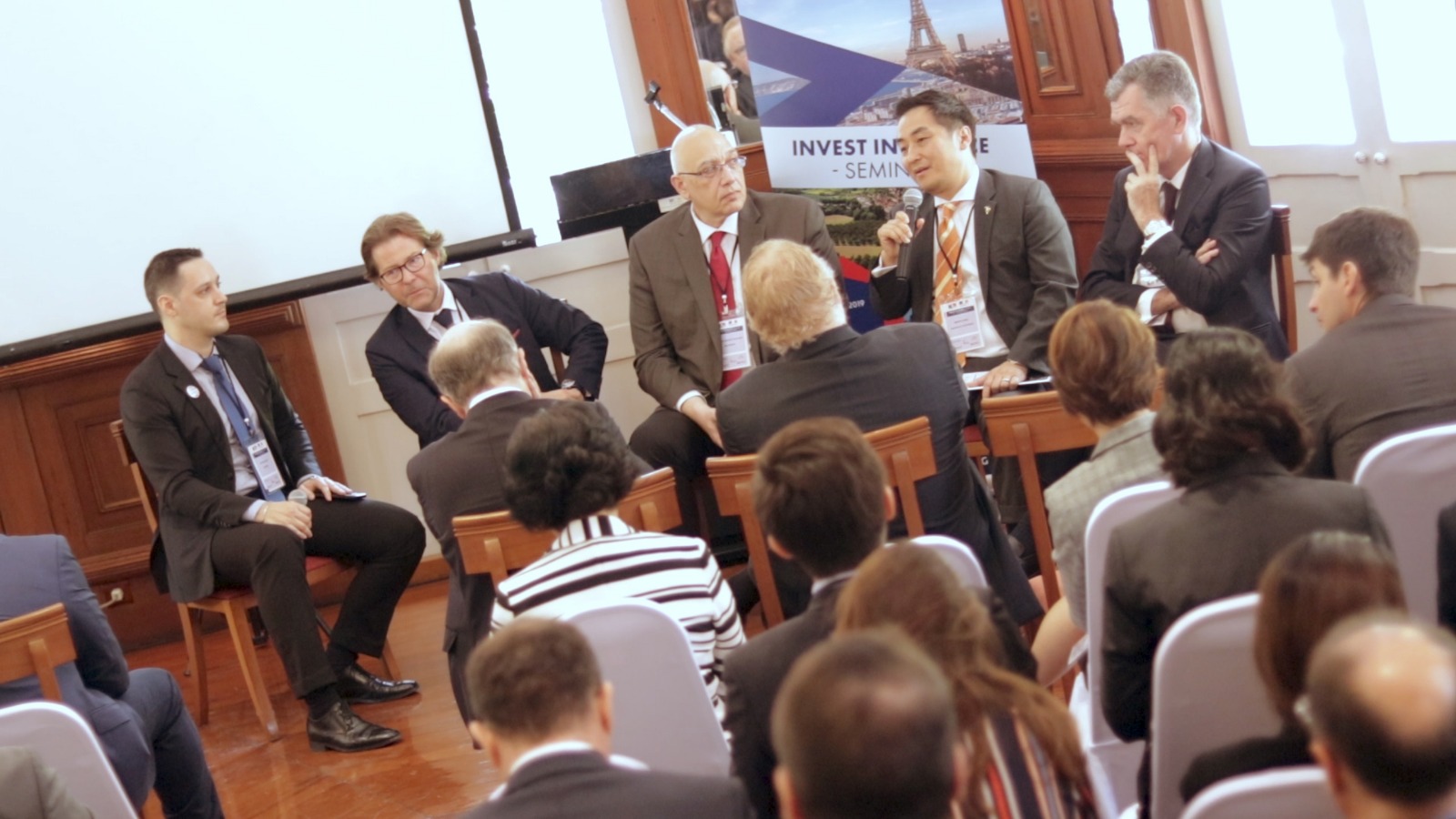 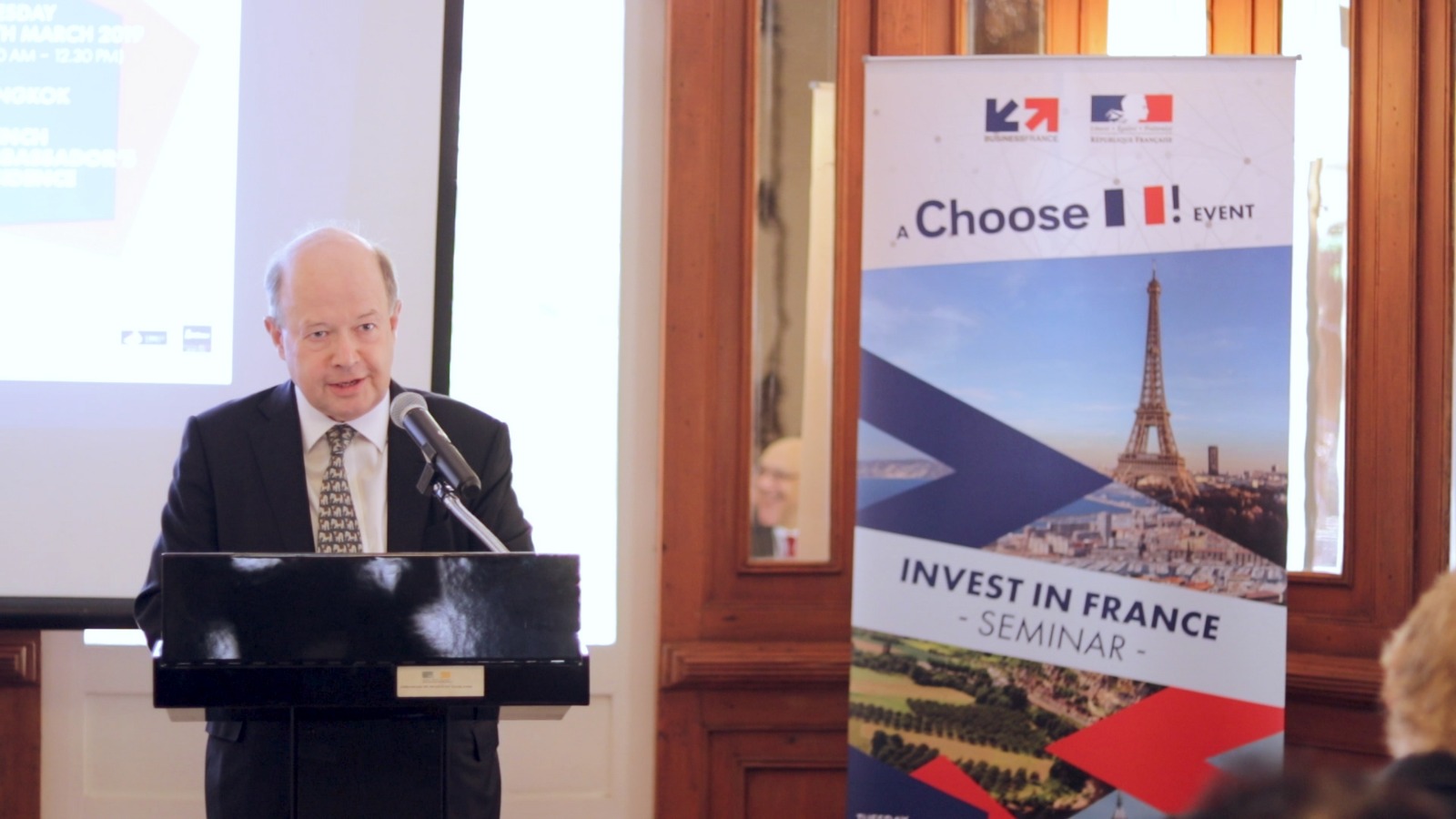 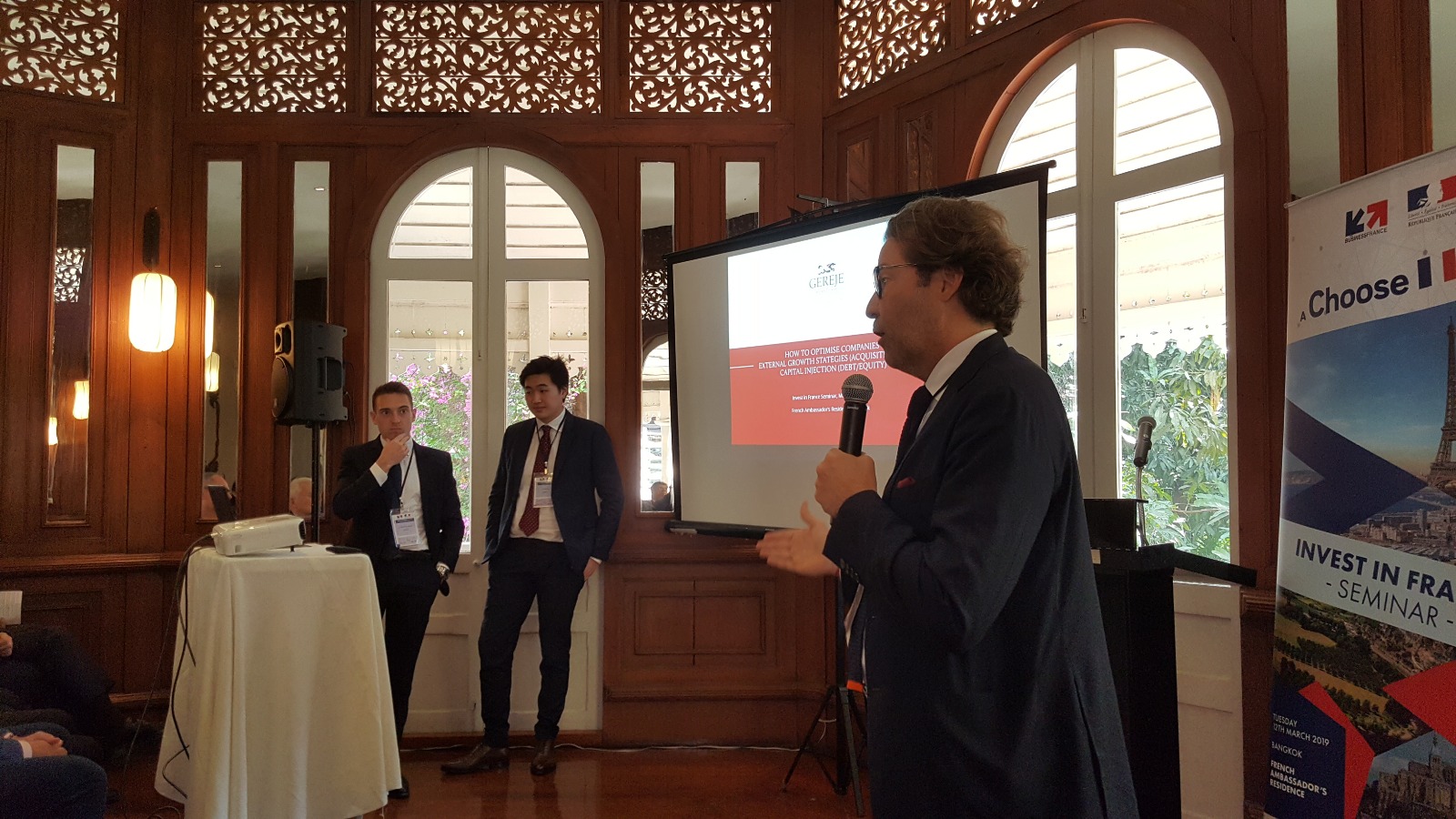 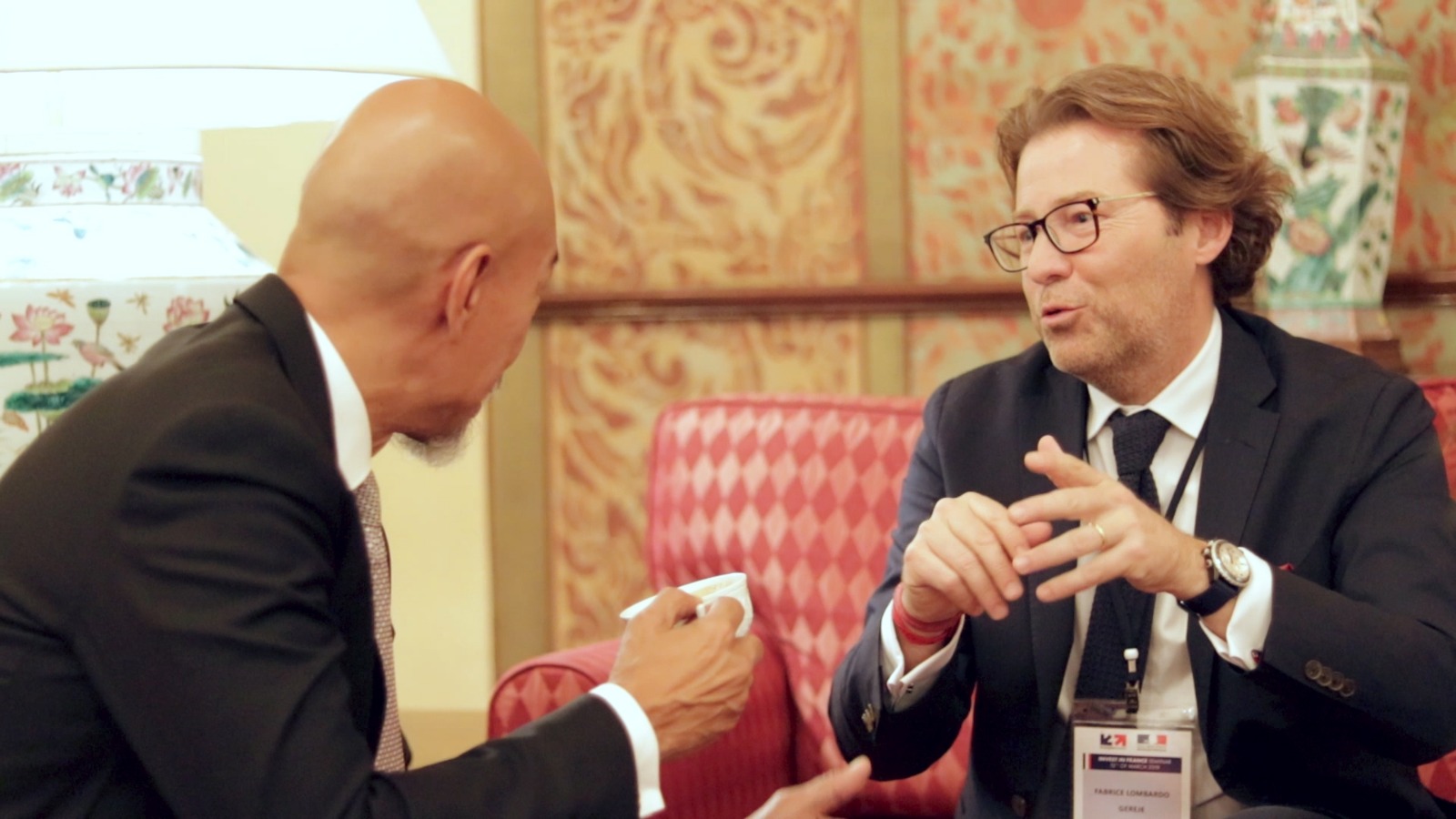 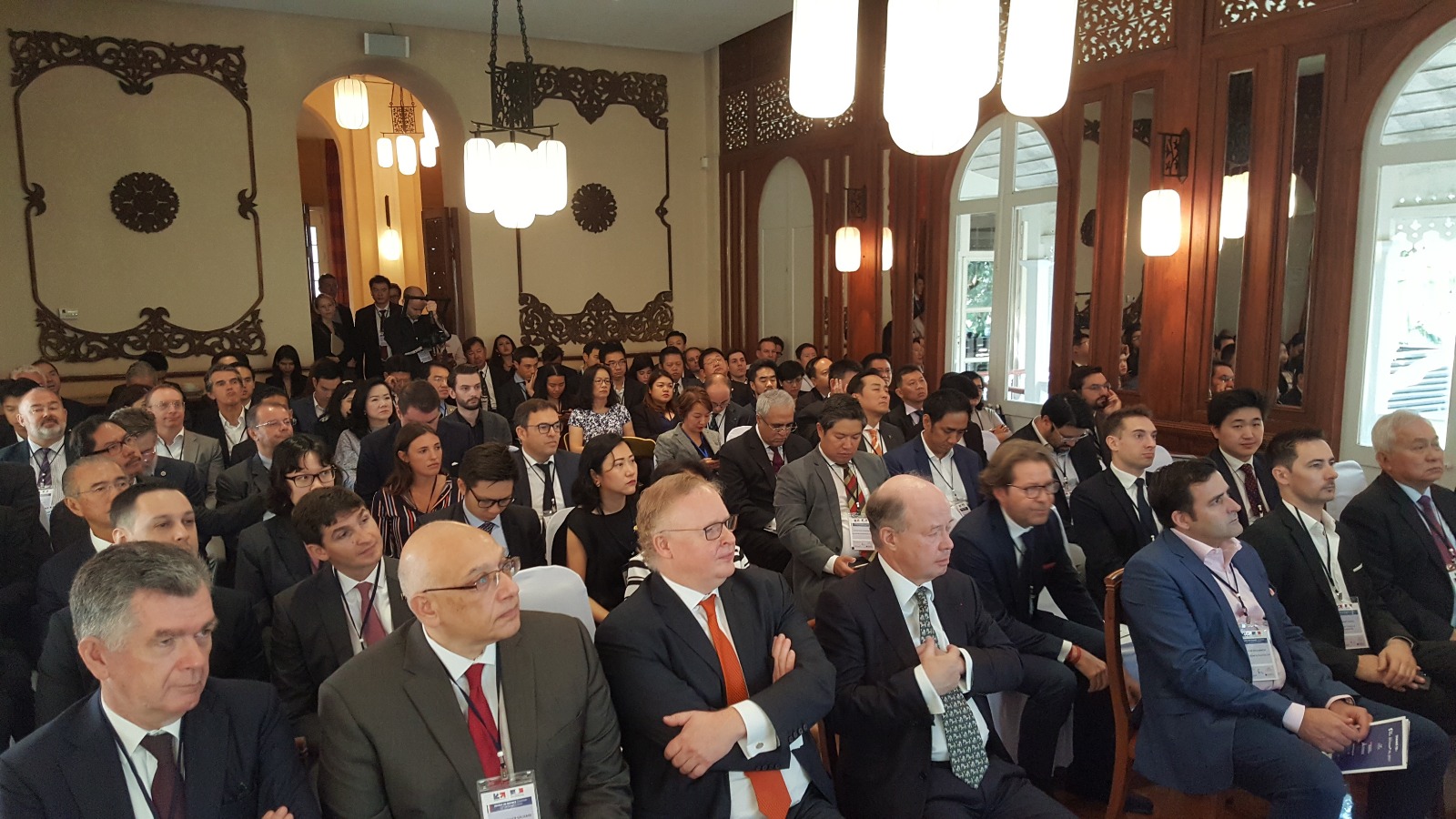