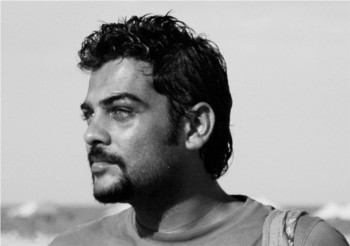 Siddhartha Tawadey was born in Calcutta, India in 1975, and studied art and photography at St Martins School of Design and at City University in London. He has gone on to have several solo exhibitions in India and New York, his works also featured in notable international group shows such as the Contemporary Masters Photography Show in London. In 2010 he won the first prize for portraiture in the International Award for Digital and Photographic Art. He has most recently completed a residency in the School of Visual Art in New York City, where he then had a solo exhibition of the series Transparent Hallucinations at Bose Pacia Gallery, NY. The artist lives and works in New Delhi and London.

The Sans Souci series of photographs features forgotten and neglected spaces that capture our imagination with their ability to tell stories. Silent rooms, with dust-covered furniture, discarded objects and a lingering smell of mustiness in the air, echo a past long gone.
“It was important for me to find the accurate voice of this neglected space. It took me a number of visits and spending time in communion with the space to uncover the layers of stories that were formed over time” says Tawadey, who reveres the concept of time in his method and process as well. In Sans Souci the burdens of time are carried with grace and an aching sense of poetry, which ultimately reveals glimpses of a transient beauty in flux, by melding the physical environment of the space with our internal psyche.